All New Kid's Gold Rush and all racing cancelled f... 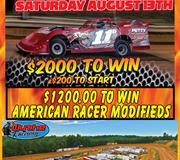 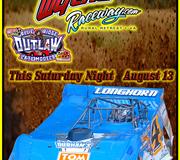 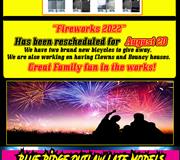 8/6/2022
August 6th All New Kids Gold Rush Racing has been cancelled. "Fireworks 2022" and Racing, has been rescheduled for August 20, we are giving away 2 brand new bicycles and we are working on having Clowns and Bouncy houses for the kids! This will be a great night for family...more 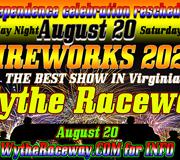 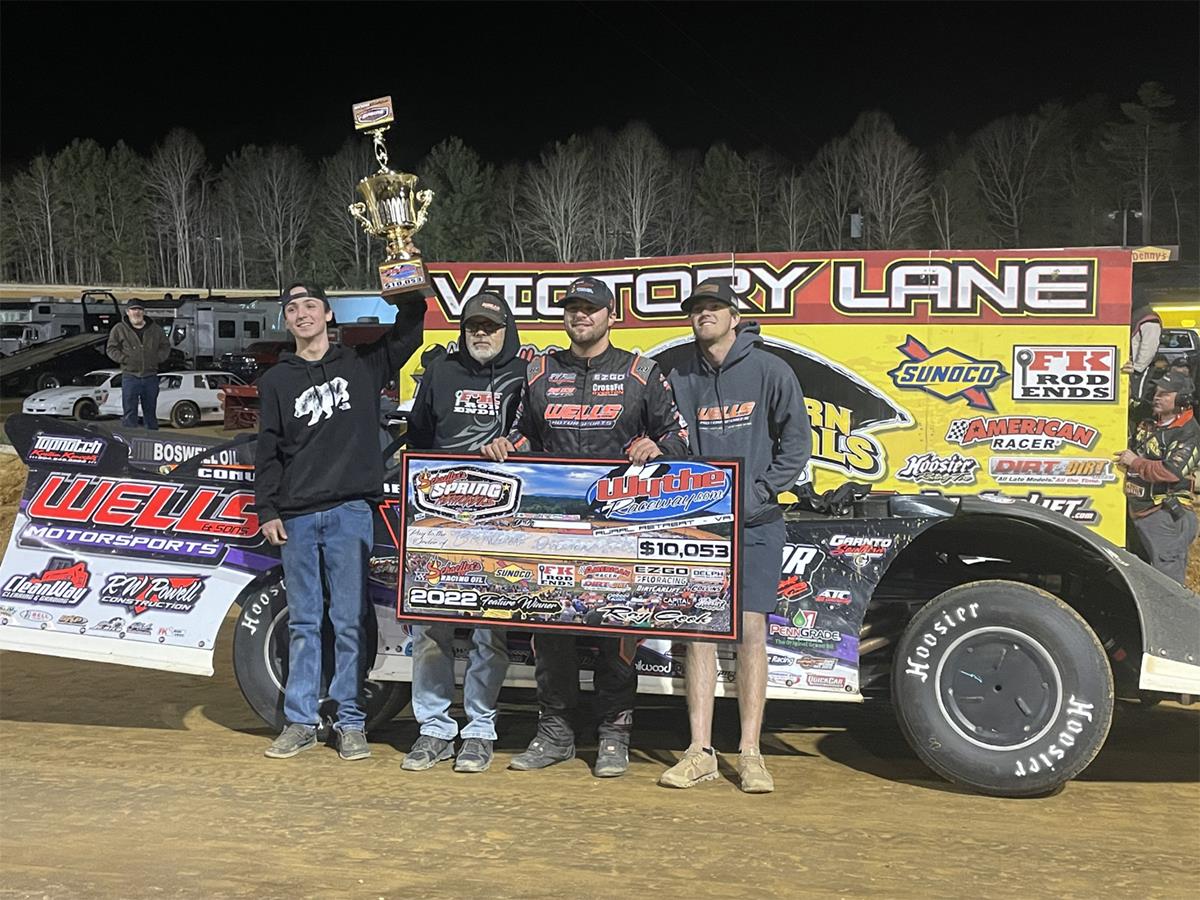 By Ryan Delph (Retreat, VA) -- Pulling off a dramatic pass of race-long leader Jonathan Davenport on the final circuit, Brandon Overton picked up his second Schaeffer’s Oil Spring Nationals Series victory of 2022 on Friday night in front of a huge crowd at the picturesque Wythe Raceway in Rural Retreat, Virginia! Brandon ran second in his heat race during preliminary action to earn the outside of the second row for the start of the 53-lap headliner. The Evans, Georgia standout advanced up to second in the first half of the feature distance before setting his sights on outside polesitter Davenport.

After hounding the Blairsville, Georgia driver lap after lap around the sprawling 1/2-mile speedplant during the last half of the contest, Brandon finally pulled the trigger heading into turn three on the final lap. His patience paid off in a big way, as the driver known as “Big Sexy” grabbed the point coming off of turn four and beat Davenport to the checkers by a mere 0.337 seconds to lay claim to the $10,053 windfall. Chris Ferguson, of Mount Holly, North Carolina, vaulted past two competitors to stand on the podium in third. Ross Bailes came home in the fourth position, while “MacDaddy” Dale McDowell streaked past four racecars to round out the top five.

Only two yellow flags slowed the action tonight at Wythe Raceway. Series regular Payton Freeman dropped a driveshaft on lap 17 to draw the first caution, while fast-qualifier and polesitter Chris Madden slowed with a deflating right front tire on lap 20 while running inside of the top five.

“Awesome race there with me and JD,” exclaimed a jubilant Overton in victory lane. “It was just really hard to pass out there tonight and I really wanted to slide him earlier, but I knew I just needed to wait and wait. When I decided to finally make a move, I knew I needed to make it count. I just had to get a good run and then I could sail it off in the corner because my car would stick a lane lower than what he was running. Congrats to JD and his guys on a great race though, but I have to thank my whole Wells Motorsports team and all of our sponsors. We have just steadily been working on this thing and I’m really excited for the rest of the season!”

A star-studded 23 car field assembled tonight at Wythe Raceway for the third round of the Schaeffer’s Oil Spring Nationals Series. Chris Madden, of Gray Court, South Carolina, earned Fast Time honors during FK Rod Ends qualifying with his quick lap of 16.760 seconds. The trio of heat races, which saw each car transfer into the main event, were won by Chris Madden, Jonathan Davenport, and Kyle Strickler.

Next up for the Schaeffer’s Oil Spring Nationals Series will be a visit to the bad-fast Tazewell Speedway in Tazewell, Tennessee on Saturday, April 16 for the second edition of the ‘Lil Bill Corum Memorial.’ Co-sanctioned with the Iron-Man Late Model Series, the single-day throwdown tomorrow at “The Taz” boasts a whopping $21,000 top prize. Jonathan Davenport secured the triumph in last year’s inaugural version of the ‘Lil Bill Corum Memorial’ over a top five that included runner-up Kyle Larson, Tyler Erb, Dale McDowell, and Donald McIntosh.

On Saturday at Tazewell Speedway, the pit gates will swing open at 2:00pm and the hillside grandstands will start to fill up at 4:00pm. The Drivers Meeting is slated for 6:00pm, while hot laps will take to the track at 6:30pm. Adult grandstand admission for the ‘Lil Bill Corum Memorial’ will be $30.00 and adult pit admission will be $45.00. Kids 9 and under will be allowed into the stands for FREE, while kids 12 and under will be admitted into the pit area for only $35.00. There are also a limited number of camping spots (first come, first serve) available on the grounds for $20.00 nightly.

In addition to the ground-pounding Super Late Models, the Sportsman Late Model ($1,021 to win), Classic Car ($521 to win), and Street Stock ($521 to win) classes will also be on the racing card tomorrow. Tazewell Speedway is located at 1400 Bacchus Road in Tazewell, Tennessee 37879. If you can’t make it to the track, we invite you to watch all of the action LIVE on www.FloRacing.com. For additional information, please call the track at 423-626-2222 or visit their official online home at www.TazewellSpeedway.net.

For more information on the Schaeffer’s Oil Spring Nationals Series presented by Sunoco Race Fuels, please point your Internet browser to www.SouthernNationalsSeries.com or feel free to call series promoter Ray Cook at 828-360-5353. You can also follow us across social media platforms on facebook.com/southernnationalsseries and on Twitter @sonationals.